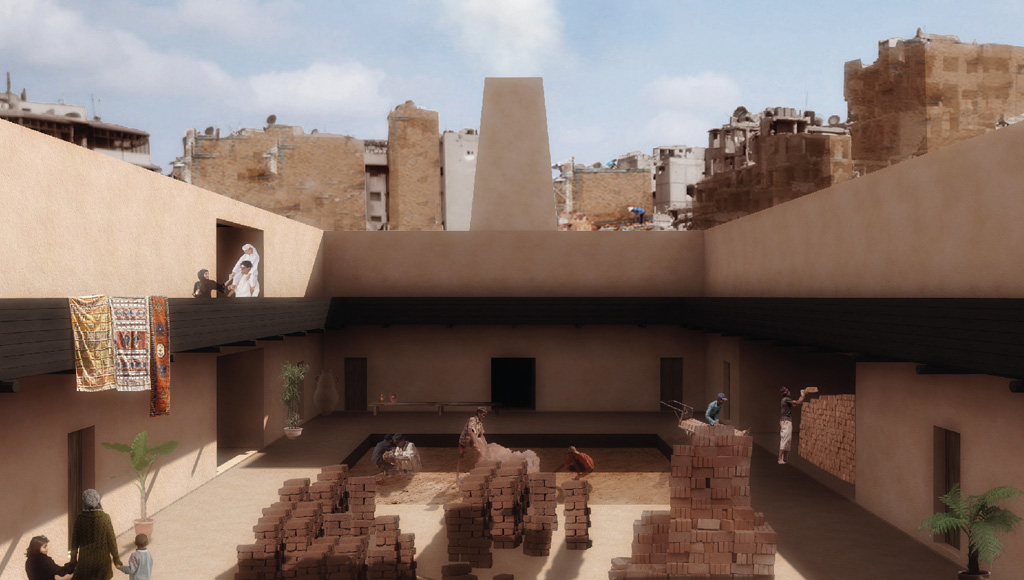 Syrian Civil War destroyed million of houses and most of the cities. With the end of the war, the refugees will wish to return back to participate on the reconstruction of the country. They will find everything in ruins. How to live in the rubble? The question of the Laka Competition requires a further analysis on the human, geographic and architectonic context. Due to the vast destruction of the land, and to create an architecture that reacts, we need to think in a proposal of a territorial strategy at the scale of the country, not just the proposal of a building for social housing. In the middle of a chaotic post-war cityscape how will it be possible to construct houses for thousands of Syrians? What are the available resources to construct?

Our answer and proposal is: rubble. It consists on broken pieces of concrete and bricks, that treated and cleaned, can be reused for construction. Furthermore, it became the symbol of destruction, the scar of the war. Working with the rubble means to reborn from the ashes, like the Phenix, mythological creature and symbol of regeneration. We propose the creation of a system to transform the rubble into brick as a way to provide tools and means for the population to regenerate their own houses and the country. The proposition consists on the development of a building that combines two functions: brick-making unit & housing unit. Together as a Chimera. The idea is to give housing as well as dignity, based on the opportunity to work actively on the reconstruction of own country. The combination of Life + Work, comes as a important proposal to solve the economical sustainability of the returned refugees. With the money of a project-type for social housing, we can construct five Chimeras, that lodge 250 persons, and has the possibility to rebirth Syria. We propose the construction of one floor, with the possibility of self-construction through the production of bricks that can be used to build up to three more floors . Each floor of Chimera can lodge 50 persons.

Program of the Chimera:

1. Brick-Making Unit
This zone is the part where it is possible to transform the rubble into bricks. It has a kiln, storage areas and a productive patio, for the brick to be dried by the sunlight.
This is a significant economic and working area, to provide dignity to the dwellers of these Chimeras.

2. Housing Unit
Its a set of appartment with different typologies (T5, T4, T3 & T2). The zones of water (kitchen and WC’s are detached from the principal body of the building).

To conclude, its important to mention that the architectural structure of the proposal is purposely very flexible, so that in the future, when the country is full regenerated, it can be adopted to other functions, such as- institutional, social, religious, working functions or, to dismantle brick by brick to support other constructions.

No âmbito do programa de estágios do IEFP,... 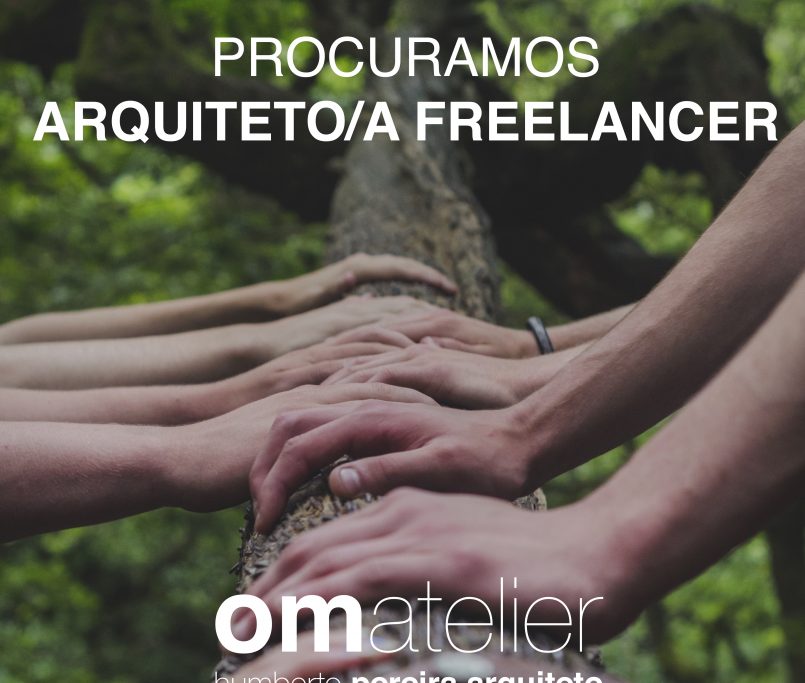